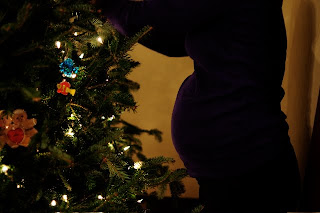 Since we got back from New York,we scrambled to get the house decorated for Christmas, just in time for my family's visit to San Antonio. We're starting off with a visit from Jon and his girlfriend, Erin. Then Mom, Dad, Danny arrive the Tuesday before Christmas. Joe and Michelle then arrive on Christmas day and will stay to ring in the new year with us.
Posted by Amanda at 8:56 PM No comments: 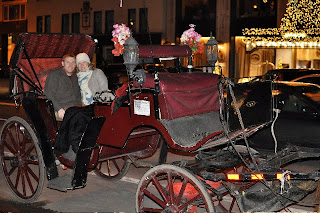 Neither Jason or I had ever been to New York City. So, after talking about making a trip up there for years, we decided it was now or never.

Here's some things I learned when we went to the Empire State Building: You know the movie Sleepless in Seattle? Those elevator doors that close behind Meg Ryan when she rode up to the top, and back down with Tom Hanks, they have a picture of the Empire State Building on them. Those doors don't exist, the real elevator doors are plain. So if you are really excited to see those doors, you'll be disappointed. Also, the scene of the movie where they are at the top, didn't take place on top of the Empire State Building. You know how she buys her ticket and then rides 1 elevator up, and she's there? That doesn't happen, you have to go through a series of human corrals, and several elevators to get there- it takes at least 30-45 minutes of wait before you can get there on a non-busy day (never, ever go on a Sat or Sun) We went on a Friday, and it wasn't too bad.

We found that the subway was the easiest way to get around, and I'm so thankful to have a husband who is good at figuring things like that out. I was in charge of making sure we didn't get run over when he had to pull out the little map card and find our nearest entrance/ line to get somewhere. But, he got mad at me for being excited to have spotted a subway rat. What's more 'New York' than a subway rat- come on! 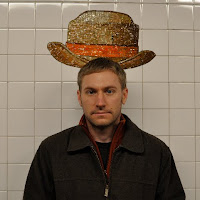 Jason's co-worker, Cory, gave us the most awesome email/ personal guide to New York. I will post it also. I think it should be shared with the world, as it helped us tremendously, and had a big part in our decision-making for the trip.

2009 has been a crazy year of traveling for us. Here's everywhere we have flown in the past year:
1. St. Louis, end of May
2. California Trip, end of June/ beginning of July
3. Portland for Joe's wedding, mid-July
4. Just Jason to Vegas for Dan's bachelor party, August
5. Philadelphia, end of Aug
6. St. Louis, September
7. Kansas City, October
8. St. Louis, November
9. Just Amanda to Chicago, November
10. New York City, December
This list does not include the 2 weekend trips to Austin. Now we are officially grounding ourselves. We even put our suitcases all the way up in the attic. I hope they grow cobwebs before I see them again.
Posted by Amanda at 8:48 PM No comments: 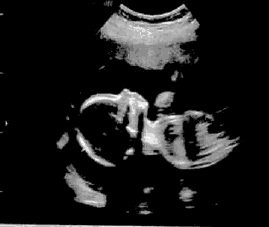 Time for a terribly overdue pregnancy update. At the end of October Jason and I went for the half-way ultrasound. Originally we weren't going to find out if it was a boy or girl. But, apparently, Jason was never on the same page as me. Because during the weeks approaching the appointment, he started trying to convince me that we should find out. Well, in the end, I couldn't take the suspense either. So we found out we're having a girl! It has been fun to know, and refer to the baby as a "she." Everything is going well, and she's growing and kicking around in there.
Posted by Amanda at 8:00 PM 3 comments: