Isla is 4 and 1/2 years old.  She is full of personality and has a sweet, caring heart.  Isla had a wonderful summer with a few weeks of Yoga Camp, Cooking Camp, and a week at Grandma and Grandpa's house.  And, of course, a lot of swimming.  She likes to do lots of dolphin dives, and even wears her Little Mermaid costume over her swimsuit to feel more authentically mermaid. 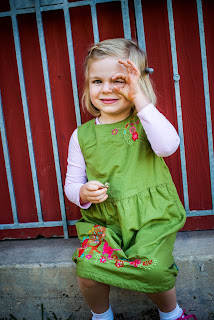 She has become a little helper in the kitchen and likes to put on her apron from cooking camp and help stir pots and set the table before dinner.  For weeks, she had a special doll and that she would put to sleep every night- change it into jammies, rock it, read it books, give a bottle and them put in the doll cradle.  In the morning, she'd change the doll into clothes and then leave it with a frog toy, who was the doll's teacher while Isla was away at school.  She kept up with this daily care consistently for weeks!  She would ask me at bedtime what I was going to do for brother, and then insistent she needed to do the same for her doll.  Sometimes she even passed on her stories because she needed to care for her baby. 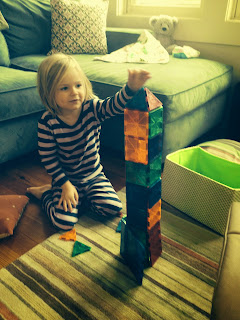 Isla is now in the 4 year-old Green Door room at her preschool.  She is well-liked and has a lot of friends.  She have an active play-date schedule and weekends full of birthday parties.  Isla has begun to plan her next birthday party.  She was very proud to have conquered the monkey bars on the playground.  She likes to work on making letters.  She writes the "S" in Isla is backwards, but she said it's only because she likes it that way. 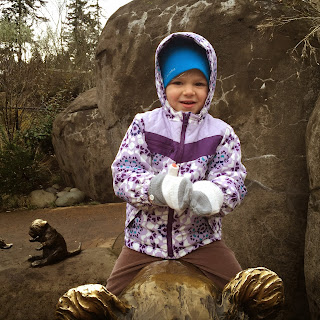 Posted by Amanda at 8:52 PM No comments: 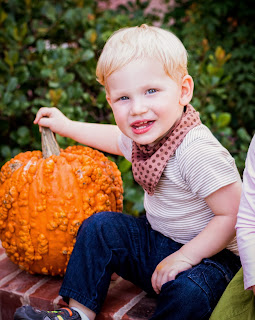 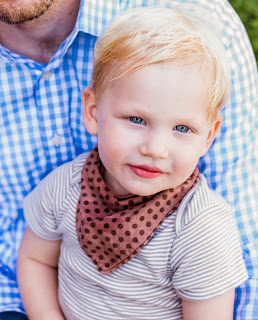 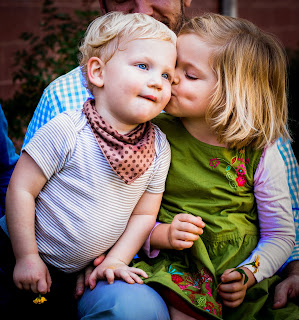