Jason and I were overdue for a visit to our brothers- Jason's brother, Kevin, and my brother, Joe. So, we decided to visit them both in an all in one trip to Palo Alto, CA and then to Portland, OR. First stop, California, where we got to spend time with Kevin and Brittany. 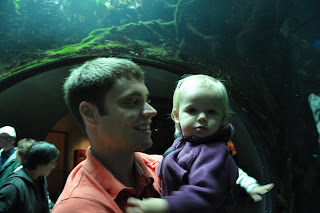 We did a lot of fun site-seeing with Kevin, during the day, and then lots of yummy dinners out all together when Brittany returned from work. Here's Kevin and Isla in the California Academy of Sciences checking out some fish (above). 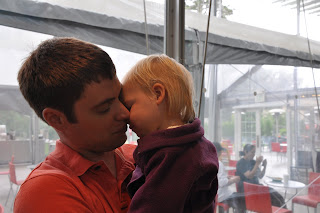 Kevin even got some good snuggles after he showed Isla snakes and lizards (above). And here's Isla and Brittany (below). 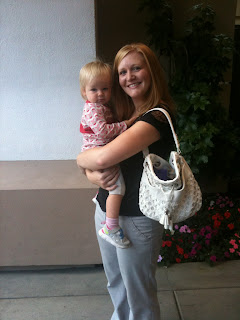 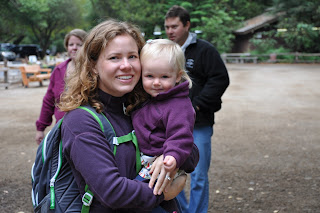 Here's our family pic at Stanford's campus- where smarty pants Kevin is attending college and getting some crazy degree. 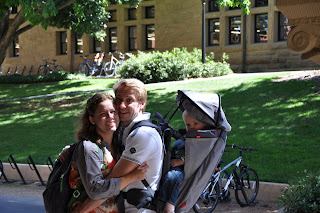 Jason and I missed the Redwoods last time we were in San Francisco, but we made it there this time. We made Kevin carry Isla for the hike. She yelled at him every time he stopped walking, because she did not appreciate her nap schedule being disrupted for a 2 hour time change. 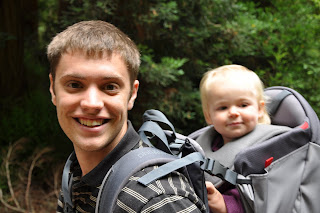 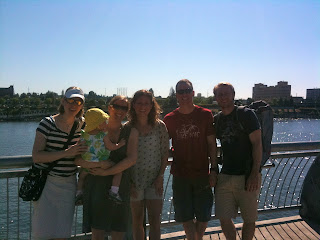 We also went to an awesome India Festival and ate yummy Indian foods. Here's Michelle and Isla chowin' down. 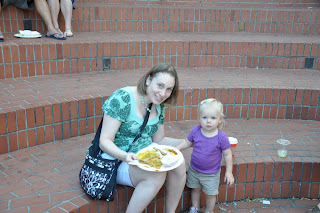 Thanks for such an awesome trip, Kevin, Brittany, Joe, Michelle, and Jenny!!!!
Posted by Amanda at 8:38 PM No comments: