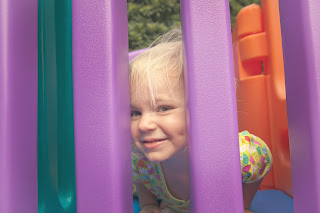 September 13th marked 2 and 1/2 years for Isla.  We have been trying to work through some transitions before baby brother arrives.  She is potty trained, mostly (except for pooping in diaper at nap).  We got her a new big girl bed, but after the excitement wore off, she decided the crib is still the best place to sleep.  Isla also started attending Laurel Heights Weekday School 3 mornings a week.  After the first few tearful drop-offs, she began to like school and now has lots of fun there with her teachers and friends.

Isla completed a few more sessions of Ms. Diana's swim lessons.  She was once again our little fish all summer long, and we took her swimming once, and sometimes twice a day. 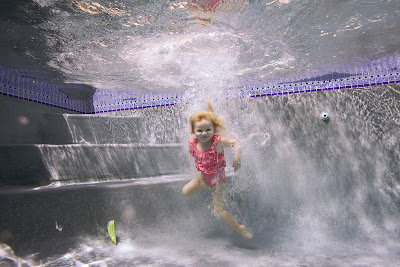 This time in Isla's life is marked with a few toddler-obsessions.  Here some of the recent and ongoing fads.

Sharks:  I think she started to get into sharks because the shark scene in Finding Nemo was a little bit scary.  Isla likes to talk about sharks and requests that sharks are drawn for her.  We stopped by the Texas State Aquarium on the way home from the beach last weekend, and could have very well stood in front of the shark tank and talked about them for an hour.  Instead we tried to move on after 20 minutes or so, but Isla kept running back for more sharks. 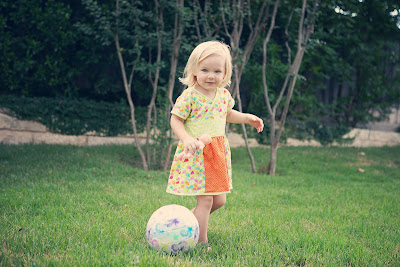 Skunks:  Another obsession stemming from the dramatic moment when I tried to get Angel and Isla back in the house after smelling a skunk one evening.  I think I freaked Isla out a little bit on this one, because she often likes the review the fact the the skunk is "all gone" and that he can't come inside the house.

Tiny Baby:  One particularly small doll was a big time favorite for Isla.  Except, the doll had to be stripped of her little pink dress and just wear her "jammies."  After the white undergarments became grey, I asked Isla to give her tiny baby a bath in a little tub in the kitchen.  She was so funny and took the utmost care bathing her little doll. 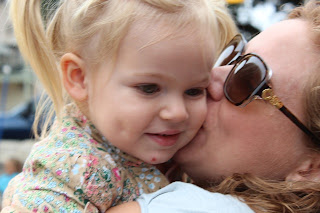 Annie:  Jason began a bedtime ritual of whistling the "Tomorrow" song from Annie.  Then we showed her the videos of "Tomorrow" and "Hard Knock Life," then the entire movie.  She has been really into reenacting scenes, such as "Sandy, " while she drags Angel around by the collar.  I have also seen her open a door and yell out "Mrs. Hanigan!" and close it again.