We have found our Texas Home 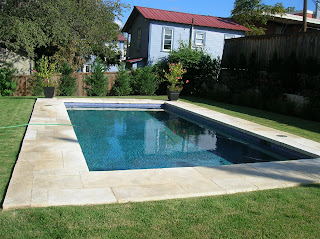 Hi everyone, Jason and I will soon be moving from our home in St. Louis, MO to San Antonio, TX. So, I wanted to start this blog as a way to keep in touch with everyone and give updates on Jason and Amanda's Texas Adventure. In October, Jason's company, Slicehost, was acquired by another webhosting company, Rackspace. We often compared Slicehost to a baby because when it was born in summer of 2006, it often woke Jason up in the middle of the night, many times a night. At first, the Slicehost pager would wake me up, not Jason, and then I woke him up. After a while, I began to sleep through the pages, and Jason would jump up, put on his cape, and run to the office to see what was going on. Often times, he would have to drive downtown in the middle of the night in order to fix the problem. In the past year, Slicehost had gotten much better at sleeping through the night, mainly because new employees were hired to watch it during those hours. Well, now Jason sold his baby, and we are looking forward to nights of uninterrupted sleep.

A couple of weeks ago Jason and were down in San Antonio, with the express purpose of finding a house. I told Jason I would fly down to meet him on a Wednesday, and fly back on a Friday, IF he promised me that he would NOT WORK at all on Thursday so we could spend the day house-hunting. He agreed. Several people from Rackspace did vie for his time, and he told them no. After looking online, we had our eye on a particular house, which we began to refer to as "The house on French." That Wednesday evening I arrived in Texas, and after a few beers on an empty stomach, I told Jason that I thought the house on French was "the one". Well, it turns out the house on French is it. Jason is back in Texas this week for work, and to go through the house with the inspector. He's going to take more pictures of it this time. But for now, all I have to show is the pool. But, that's the only part that really matters anyway. If everything goes well, this will be our house. And, if you visit us in the house on French, bring someone you like, because you have to French in the house on French.
Posted by Amanda at 6:36 PM

Your new house looks wonderful! Congratulations Jason on the new job. I am truly enjoying your blog--keeping up with all the changes in your life. Can't wait to see the pictures of "moved in".