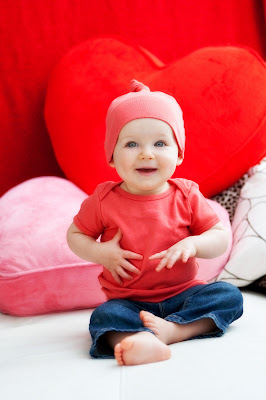 Over the past month, we've had our share of non-happy Isla. More head colds, ear infections, fevers, and a bout of diaper rash (from antibiotics) have plagued Isla, and she's not one to tolerate discomfort. New mothers, I highly recommend nursing your baby through cold and flu season. Many nights over the past month I have been able to comfort and soothe my baby back to sleep after a dose of tylenol with that handy trick. And Isla going back to sleep means I get to go back to sleep...aaah. When her appetite was low, it was so nice to know she was at least getting breastmilk and staying hydrated. 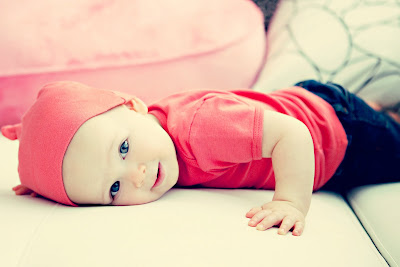 What's Isla been up to this past month?
Motor. Isla has been practicing longer free-standing (letting go and standing on her own) and sometimes standing straight up from a squat without support. She can cruise along an ottoman with one hand for support. After Jason's persistent drilling, she can go down the stairs with a backwards crawl. She has fun walking with her alligator walker. In our baby gymnastics class, Isla's gotten good at tucking her head when doing somersaults. 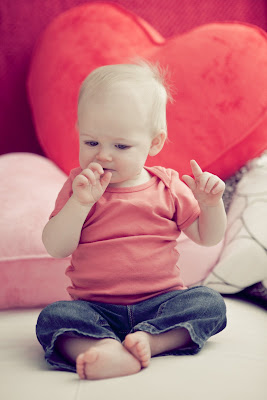 Dad! Isla definitely knows "Dad!" and occasionally she'll answer a question with "yeah." As in, Mom: "Do you want to take a bath?" Isla: "yeah" "Do you want a drink?" "yeah" Isla also likes to point at things and say "Dat!" and sometimes "Utz Dat!" We interpret this to mean "What's that?"
Favorite foods. Isla loves to eat waffles in the morning. She apparently thinks the number of waffle bites she can fit into her mouth is equal to the the number of waffles pieces placed on her tray. She will grab them all up into both fists and slam them into her mouth. Waffle-eating must be monitored. On Super Bowl Sunday Jason gave Isla a sip of his beer expecting a funny sour-puss face. Isla apparently thought this was the nectar of heaven, and immediately started lunging towards his glass for more. Jason put his beer up, and she furiously started signing drink. Then, she became very irritated and cried when other more appropriate drinks were offered. During the following days she continued to seek out the magical elixir frequently signing "drink" when glasses and cups were spotted. 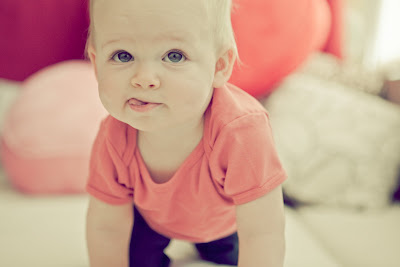 Rings on a Stick. Isla has mastered the rings on a stick game (Jason drilled her on this one too). She has also figured out how to drink through a straw. Now I can use the spill proof straw cup! Isla really likes to open and close drawers and doors, and gets very upset when she pinches her fingers. Isla has been learning a few more signs and signed "fish" at the zoo.
These photos were taken at 10 and 1/2 months at Isla's super-secret photo shoot to surprise Dad for Valentine's Day by the amazing Nikki Loehr of moxie photo studio.
Posted by Amanda at 8:30 AM

Good evening from AZ,
What a great way to document the fun you're having with Isla as she explores the world around her. Don't let your Mom spoiler her too much when she visits.
Love, Uncle Glenn