Finger of Demand (FOD):  Right after his 1st birthday, I noticed August started pointing.  We were at a Mammal Exhibit at the Bullock museum, and he started running around pointing at the things he saw.  But that chubby little index quickly changed from "I see something, do you see it too?" to "I want that now!"  And it is accompanied with a little squeak-grunt.  Sometimes he pulls that FOD out and starts firing before he really even knows what he wants.

Sister games:  August loves playing with his sister.  There favorite games are bouncing/ wresting on the couch, catch and throw ball, and "the object of my desire is the object you currently hold in your hands."  The last game never ends well.  August cries every day when his sister leaves for school.  Right now one of August's favorite things to do it to climb up on the arm of the sofa and jump off.  He does his own little version of "one, two, three" and then jumps/ falls.

I decided that I should not short August on activities because he is the 2nd child, and we started a little mommy-baby swim class.  He loves to swim and in not adverse to going under the water.  He has figured out how to blow bubbles, and does little kicks.  He also practices these skills in the bathtub.  When the bathtub is filling up, he often tries to climb on in fully clothed, because he's that excited for his bath.

We have also continued to do the Music Together classes.  I love seeing the gregarious side of his personality.  He walks around and visits the other kids in the class, almost like a little host, giving everyone a little face time.  He also visits other mommy laps, and assumes he has an open invitation to sit down on whomever he would like.  So far, no rejections.  August also loves dogs, and people have actually commented that he is good with them.   He gives good pets and doggie hugs.

August had the most awful goopy runny nose for 3 months straight, Dec-Feb.  It has been a full time job wiping his nose.  All the congestion and the junky cough that goes with it has certainly not helped in the sleep department.  He also rounded out the year with a 3rd stomach flu which struck on Christmas Eve.  The past year has been an bad year for illness at our house.  Hopefully we've had everything, and next the next year will be very healthy.

My favorite thing right now:  It really is a hoot watching this little guy get down and boogy to music.  But, I have to say my favorite thing right now is when August picks a book off the shelf, and comes to find me, holding it out.  I drop whatever I'm doing, sit down on the floor, then he turns his little behind towards me and plops down on my lap so we can read together. 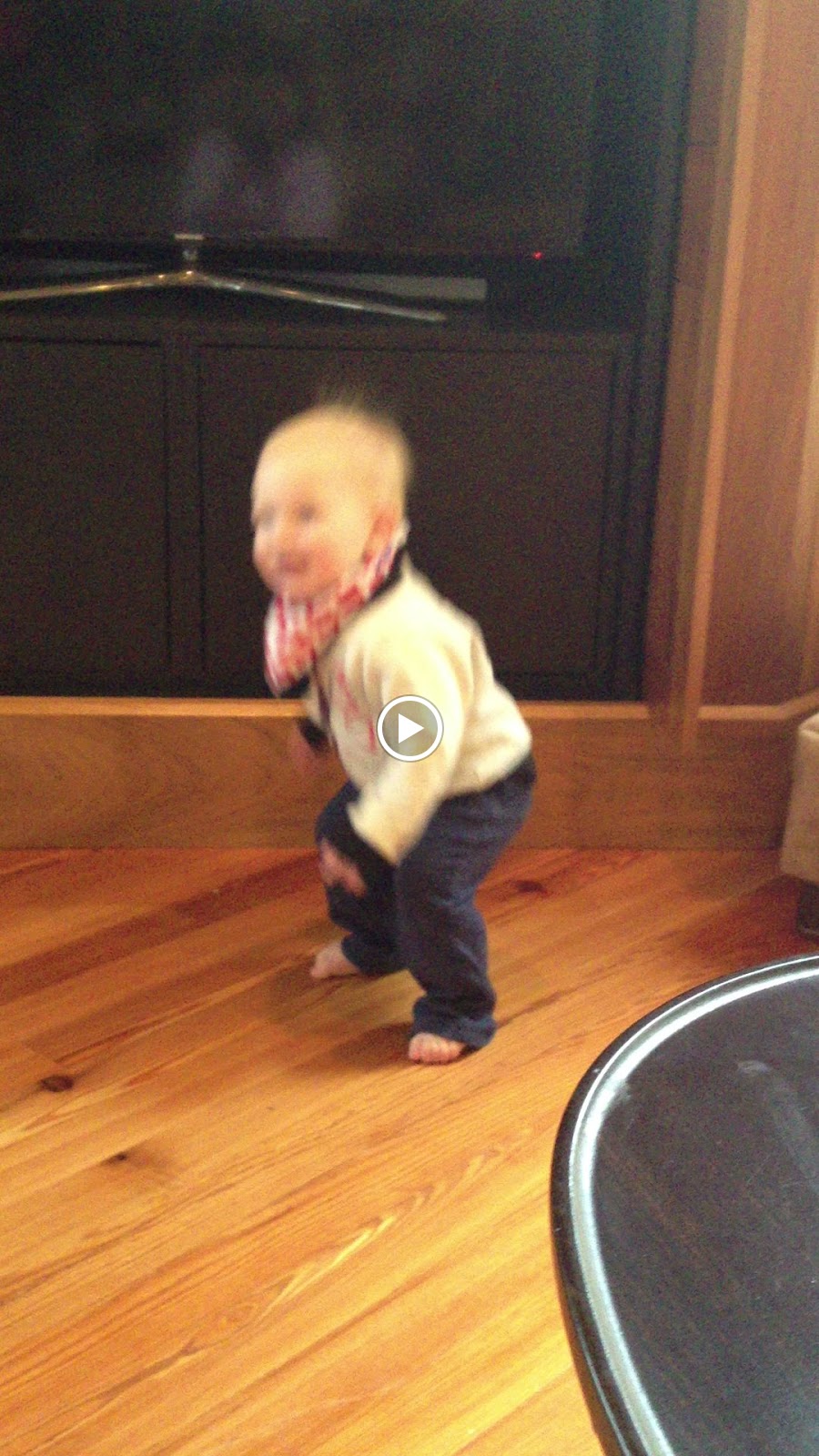 
Appreciate the recommendation. Let me try it out. gmail.com login